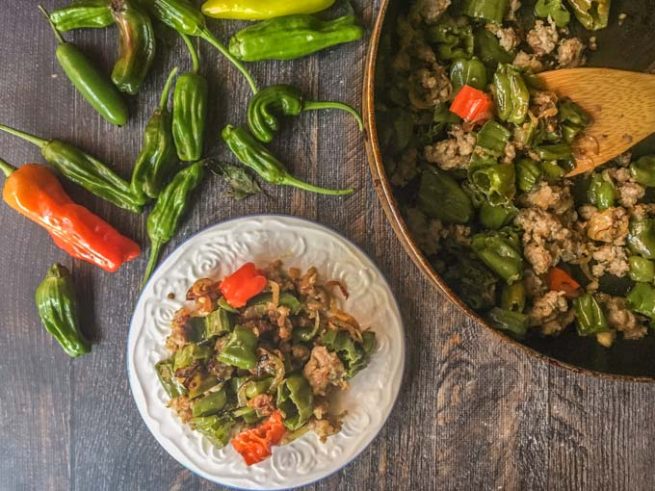 In the rush of peppers at the end of the season, I ended up with a ton of shishito peppers, most of them from one prolific plant.  These were a bit bigger than the finger-size fruits I like to saute in olive oil with garlic, salt and pepper.  I tried to stuff them, but they are pretty thin-walled and tend to rip.

So what can you do with a pile of large shishitos?

I’m a big believer that almost anything tastes good with peppers, onions and mushrooms.  Today, I was out of mushrooms, but I sliced up an onion, and crumbled a half pound of breakfast pork sausage roll into a large skillet.  I sliced about 20 peppers into rings about half an inch thick, removing most of the seeds.  I then put the peppers in with the sausage and onions with about a tablespoon of olive oil, and sauteed everything until the sausage was cooked. 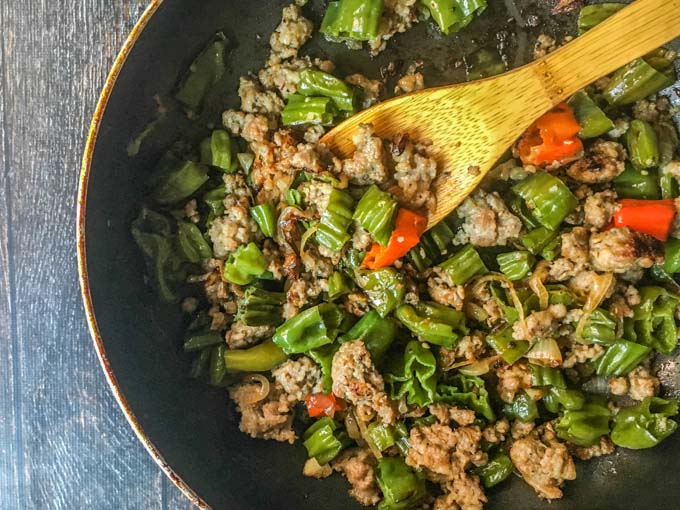 That’s it.  I spooned it onto a plate and had a great breakfast dish.  The sausage seasoning complimented the shishitos perfectly.  Denise and I shared the skillet and soon there was nothing left. 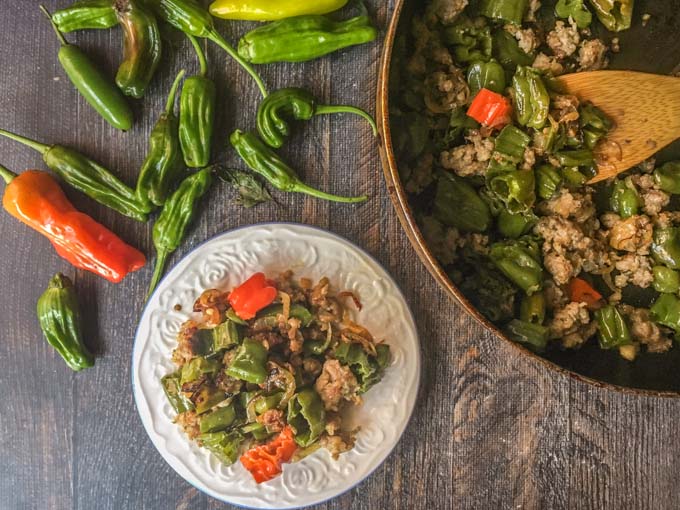 So, now I know what to do with my overactive shishitos, and I can’t wait for next year’s crop.  And I’ll throw in a few sliced mushrooms! 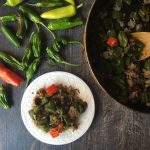 In the Kitchen - Greenock Shishito and Sausage Breakfast Hash

Daytripping with Rick in the Kitchen